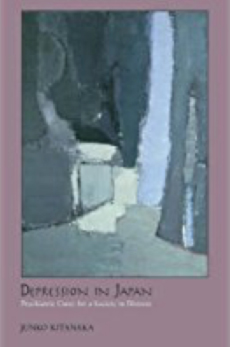 Since the 1990s, suicide in recession-plagued Japan has soared, and rates of depression have both increased and received greater public attention. In a nation that has traditionally been uncomfortable addressing mental illness, what factors have allowed for the rising medicalization of depression and suicide? Investigating these profound changes from historical, clinical, and sociolegal perspectives, Depression in Japan explores how depression has become a national disease and entered the Japanese lexicon, how psychiatry has responded to the nation’s ailing social order, and how, in a remarkable transformation, psychiatry has overcome the longstanding resistance to its intrusion in Japanese life.
http://press.princeton.edu/titles/9610.html